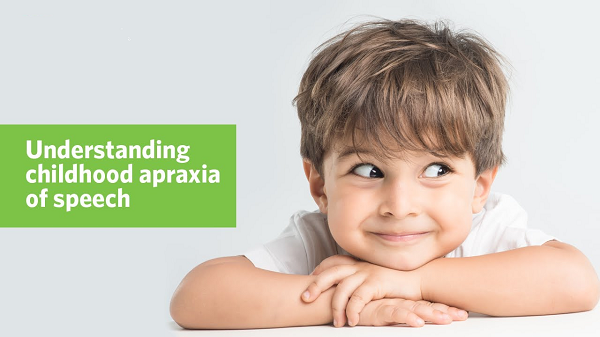 What Is Childhood Apraxia Of Speech?

Childhood Apraxia of Speech (CAS) is a developmental, neurologic disorder of motor planning that disrupts a child’s ability to produce and sequence speech sounds, syllables, and words. The child knows what he/she wants to say, but the brain does not send the correct instructions to move the articulators the way they need to be moved to produce speech. CAS is not the result of structural problems or muscle weakness. Some characteristics of CAS include, but are not limited to: inconsistent sound errors (i.e., saying the same word differently every time), vowel errors, prosody errors (i.e., pitch and rhythm of speech), increased difficulty pronouncing longer words, effortful production of speech-sounds or words, and difficulty sequencing from one sound/syllable to another.

The assessment process for CAS is dynamic and ongoing. Often an Articulation Disorder is first identified via standardized assessment measures; a diagnosis of CAS may be reached after a child is seen in therapy for a period of extended time where characteristics consistent with CAS are noted. A combination of extensive formal and informal testing, long-term observation of the child’s patterns of speech, and parent/caregiver interviews are needed before a diagnosis of CAS is concluded.

Intervention for the child diagnosed with CAS focuses on improving the planning, sequencing, and coordination of motor movements for speech production. The intervention must be intensive (two or more sessions per week is strongly recommended) for optimal results. Treatment of CAS takes time, commitment, and a supportive environment.