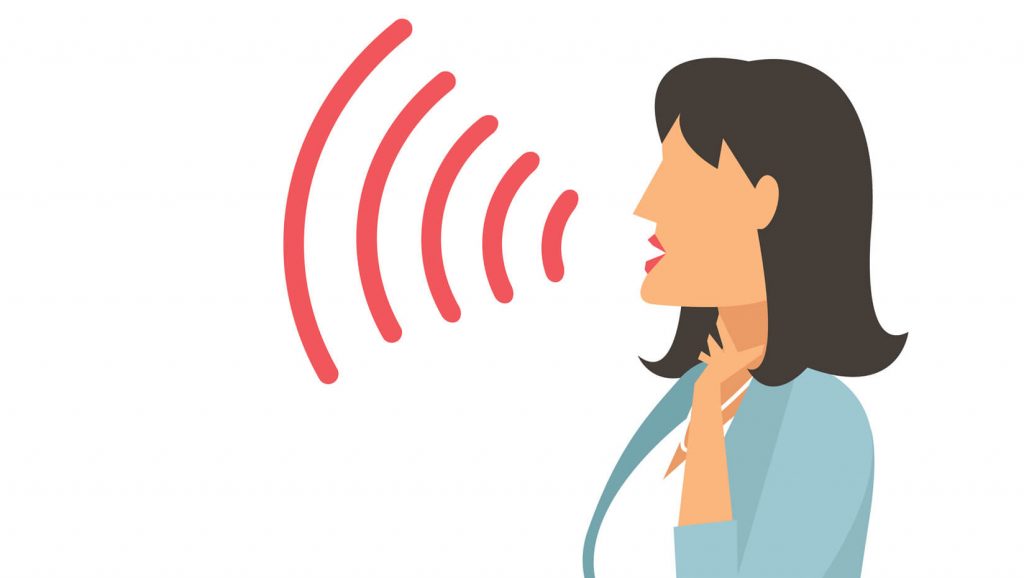 People develop a voice disorder for many reasons. A voice disorder is a change in how the voice sounds. Health care providers trained in ear, nose and throat illnesses and speech-language pathologists diagnose and treat voice issues. Treatment depends on what's causing the voice change. Treatment can include voice therapy, drugs, shots or surgery. The voice box, also called the larynx, is made of a smooth covering, muscle and soft, moist areas. The voice box sits at the top of the windpipe, also known as the trachea, and the base of the tongue. The vocal cords vibrate to create sound. Air moving through the voice box causes the vocal cords to vibrate and brings them closer together. The vocal cords also help close the voice box during swallowing to stop you from breathing in food or liquid. If vocal cords become swollen, or inflamed, develop growths or can't move as they should, they can't work properly. Any of these might cause a voice disorder.